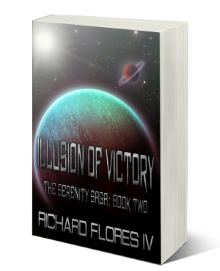 Dream Job: The process of crafting an idea into a story.

My story “Dream Job” in Cygnus Journal of Speculative Fiction, which you can read for free here, was the first short story I had written since High School.  And, the first thing I ever wrote with the intentions of having it published.  So now that it is out for the public to read, I felt I needed to say a bit about it.  After all, there is a lot to be said for it.

I talk a lot about ideas, you can read my post about them.  I had made up my mind I wanted to be a published writer, and I though it would be best to start with a short story.  The real problem was, I couldn’t come up with a good idea.  Well, scratch that, I had ideas but I was having trouble developing them into anything.  Finally, the idea hit me in a nightmare.

If you have read the story, you know this line (if not please go read it):

“An icy cold began to rush over her body, slowly flooding around her arm and across her body. She
began to gasp for air in panic as she realized the cold-flowing blood was reaching her heart.”

That was my dream.  One line.  Thirty-seven words out of about 4,600 words.  I had a dream that someone was in the room, I was injected, and a cool oozing feeling flowed towards my chest.  And, like Samantha, I woke up feeling the cold.  It scared the shit out of me.  So much so, that I thought about it for the whole night (I worked graveyard shift at the time).

I started to wonder what might cause that feeling, which had long since passed.  I wondered how I remembered it so clearly and how would something from the dream world transfer so easily to the waking world.  Then, but the end of my day, I wondered how I could make this into a story.

The first draft of Dream Job was a disaster.  Though when I wrote it, I thought I was a master of the craft.  I posted it for my writer’s group, Hatrack River, which I had just joined.  And, they very nicely told me that my intro was cliche.  They even referred me to The Turkey City Lexicon, a must read of new writers (which I re-read all the time). I had used the “White Room Syndrome” opening… ouch.

I realized I needed a complete rewrite of the opening lines (also known as the hook).  When I did that, it took the story in a different direction (although it was was along the same plot points), and thus my second draft was a total rewrite.

I posted the new Opening for my group to read.  They told me it was still missing something.  There was not much for readers to grab on to.  I was frustrated because I thought I was was writing gold, and they were not getting it.  Of course, they were right. After I looked things over again.  I went for a third rewrite of the opening lines.

Now, this third one was troublesome to come up with.  I spent a week mulling over different openings.  And then it hit me.  My dream was so emotional to me because it happened in my own bed.  My own house.  This was my house, my bed, and my room and it was invaded by this nightmare.

So I put Samantha at her home, and hat it invaded.  Government Agents had always been a part of the plot, so naturally they were the invaders.  The story took a third complete rewrite, very different from the first and second drafts.  Then I posted it again on my writers forum.  I don’t know if my forum LOVED IT, but they certainly liked it.

From there it was just a few minor tweeks for Grammar (ugh… grammar cops), a bit of tightening up based on suggestions from fellow writers, and then it was out for submission.  Shortly after submitting it, I got the idea for “Death Watch” and started this process all over again.  “Death Watch” was accepted first (12 days before its big brother).

From the time I started writing until “Dream Job” went for its first submission was almost exactly two months (59 days).  From first submission to acceptance was just over five months.  I am proud of it, and to see it in print is a great thing.

The title may seem obvious to you after reading it (sorry no spoilers here, just go read it).  But, for me it was also a bit of an inside story too.  After all, writing is one of my dream jobs.  This being the first thing I wrote, it only seemed fitting.

So please, head over to Smashwords and download your free copy of Cygnus Journal of Speculative Fiction.  Read it and review it on Goodreads.  And on the topic of Goodreads, check out my Author page and become a fan.

As always your comments are welcome.